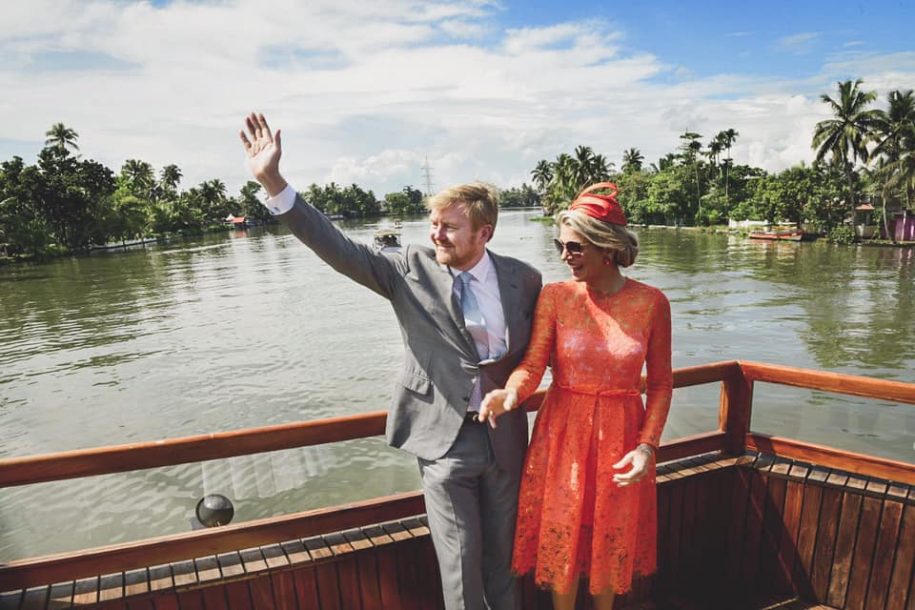 Posted by SpiceRoutes on January 2, 2020 | Featured

Having been pioneers of luxury hospitality on the backwaters of Alleppey and striving constantly to deliver our promise of a safe and luxurious houseboat experience, we have been lucky to have a variety of guests from all over the world. Each and every guest is an honour to host and we have been lucky to have been able to showcase the Keralan hospitality to the best of our ability. Amongst world travellers, fashion influencers, film stars, sports legends and first timers to Kerala or the backwaters, we have also had the opportunity to host state heads and politicians that require specific protocols altogether.

The list of prominent politicians and state heads who have given us the chance to host them includes the former Chief Minister of Delhi, Ms. Sheila Dixit, Dr. Harsh Vardhan (Ministry of Science & Technology, Ministry of Health and Family Welfare and Ministry of Earth Sciences), Mr. Khalid bin Abdulla Al Khalifa, the Dy. Prime Minister of Bahrain and most recently, the French Ambassador to India, Mr. Emmanuel Lenain. In October 2019, we were also honoured to have been chosen as the only houseboat experience that was fit for the Dutch royalty, when King Willem-Alexander & Queen Maxima visited India for five days.

Any travel by state heads to different countries is strictly regulated by the local Embassy in tandem with the office of the country leader that takes care of the security and other details. Naturally, there are many other spokes in the travel management including state and country protocols to ensure their safety and smooth travel. The process of whetting us as a travel experience for King Willem-Alexander & Queen Maxima was started months ahead of their visit by The Netherlands embassy in India. We were contacted by the embassy without giving us the knowledge of who was visiting and when. This gave the officials a fair chance to gauge who was the best service in terms of safety, access and ample comfort for the leaders in the Alleppey backwaters. Even at this point, we had no clue on who was going to be visiting. Checks included safety and security, space for the entire delegation of about 50 people and the fitness of the boat in terms of fire, licenses and other legal paperwork.

Once cleared, we were included in the itinerary of the royal couple, whose Kerala leg of the journey included a meeting with Kerala Chief Minister Pinarayi Vijayan and other prominent personalities. It was October 18th that the delegation was given a formal welcome by the district collector at Finishing Point at Punnamada  Lake and then they drove to the gates of our heritage home and farm, the access point to the houseboats. The royal couple enjoyed the views of the lush backwaters from the upper deck of Tamarind, our 5-bedroom and deck offering. The group of over 50 delegates also enjoyed short eats with us, which was thoroughly checked by officials before their arrival. The couple also stepped out of the cavalcade for a closer look at the paddy fields, pride of Kuttanad region.

Since The Netherlands itself is criss-crossed with slim canals, we hope that the Alleppey backwaters offered a sense of familiarity as well as unique vestiges for King Willem-Alexander & Queen Maxima. This was King Willem-Alexander’s first state visit to India, following his ascension to the throne in 2013, and we hope there are many more to come.

Comments are closed.
Open chat
1
Powered by
Hi! Chat with us.